A 1933 Babe Ruth card, one of the world’s most iconic baseball trading cards, is expected to sell for more than US$5.2 million at auction next month. 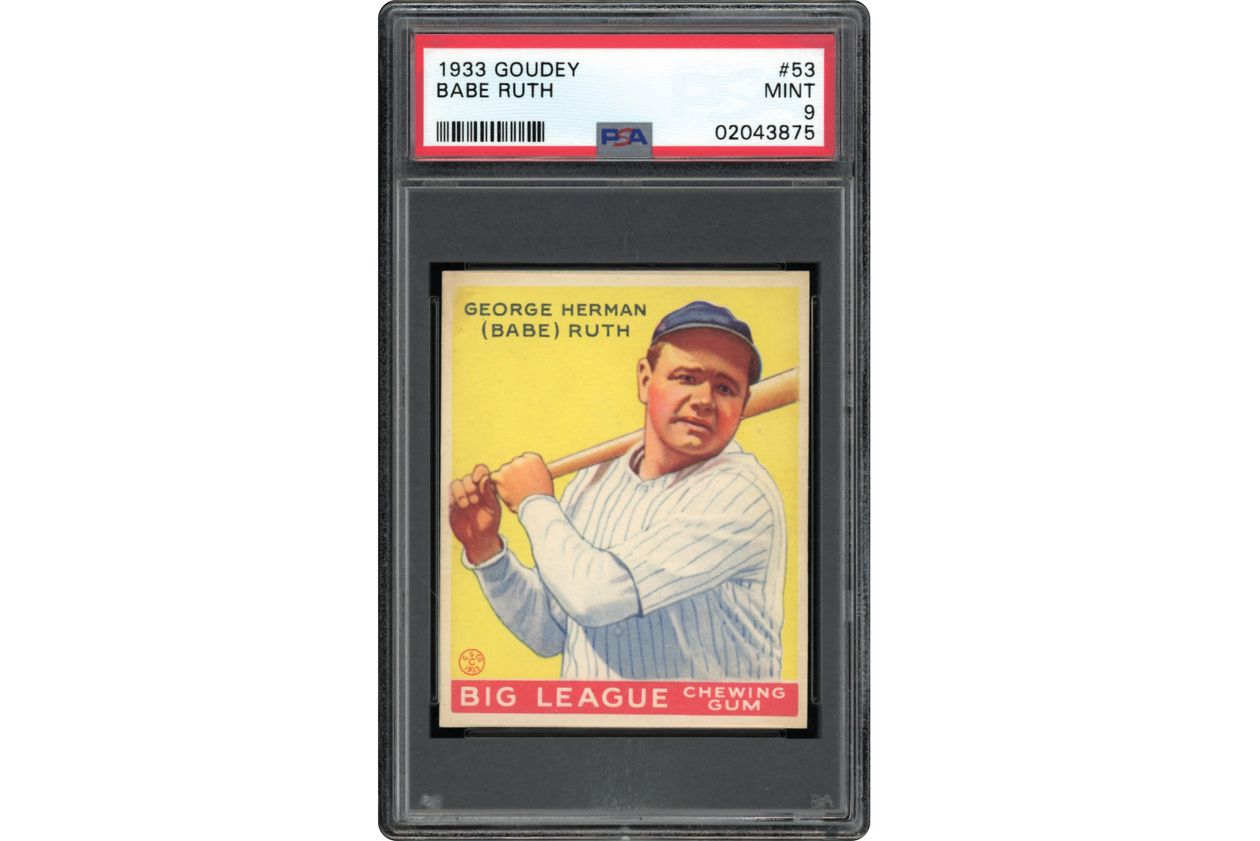 The estimated value would break the current record for a sports card sold at auction, which was set by a 1952 Topps Mickey Mantle PSA 9 that sold to actor and entrepreneur Rob Gough for US$5.2 million in January.

The 1933 Babe Ruth card is one of a set of four Goudey Ruth cards with a yellow background that debuted the first modern gum card issues, with a limited number sold with a stick of gum.

Numbered 53 and with a grading of PSA 9 (one grade below the highest grading of 10 by the Professional Sports Authenticator), the card was in the private collection of the late Thomas Newman, a Tampa, Fla., neurologist, for 25 years, according to Tustin, California-based Memory Lane Auctions, which is handling the sale.

“This particular 1933 Babe Ruth baseball card is the finest known surviving example of its kind,” the firm’s president JP Cohen says. “ Dr. Newman purchased it in a private transaction about 25 years ago, and we believe he paid less than US$20,000 for it at the time.”

Newman died from Covid-19 complications in January at age 73.

His entire sports collection, including more than 1,000 vintage and modern baseball, football, and hockey trading cards and other sports memorabilia, will be auctioned online via Memory Lane Auctions from June 21-July 10.