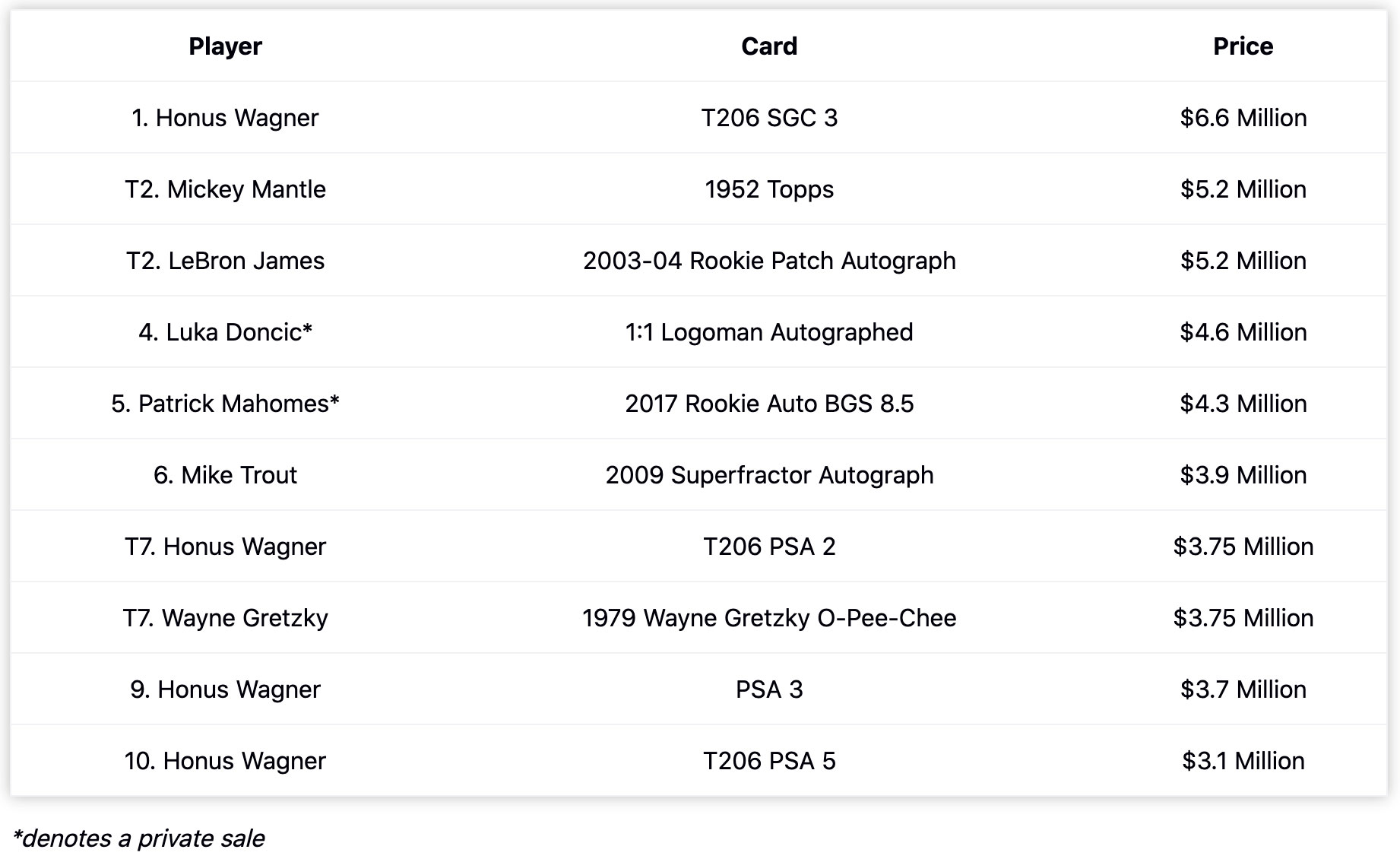 For years, the T206 Honus Wagner reigned supreme not only as the most famous, but the highest price of all baseball cards, famously selling for $1 million in 2000.

But in the last year alone, a 1952 Mickey Mantle card sold for $5.2 million. And a slew of modern cards trumped the record for a Wagner, $3.75 million paid in May.

On Sunday night, the famous card found on cigarette brands from 1909 to 1911, sold at Robert Edwards Auctions for $6,626,096, including buyer’s premium, taking the crown of the most expensive baseball card once again.

The sale gives Wagner four of the top 10 spots on the all-time sales list. Two other spots on the list are held by baseball players, and players often compared to each other: Mickey Mantle and Mike Trout.

Patrick Mahomes continues his record-setting ways, but this time it’s in the memorabilia market.